Ginvermurbartar ... bartar murginver ... barver targinmur ... When this was over, did you, like me, try to make sense of the doubled letters? Well, if you did, and you got something that made sense, let me know. 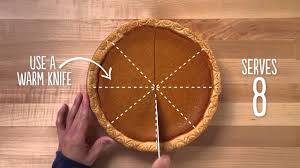 Chances are that the doubling trick is all there is. Which is not a complaint. I like the trick. I think, though, that it's normal for us crazy crosswording types to keep looking for one more layer. Sometimes it's there, sometimes it isn't.

So anyway, this week's Thursday trick is revealed by DOUBLEDOWN (Blackjack bet ... or a hint to applying the five shaded regions in this puzzle). The "hint to applying" seems slightly odd wording to me, but the RUB (Central difficulty) (Nice that this is in the exact center of the grid) is that the letters in the shaded squares must be doubled for the answer to make sense. For 6D: Stethescope detection, that means doubling the last three letters to get HEARTMUR[MUR]. And for 41D: Former first and second lady it means doubling the first three for BAR[BAR]ABUSH.

I didn't realize that STEAKTAR[TAR]E was often topped with a raw egg yolk. Was it conceived as a prank? Or some kind of a hazing ritual? Who in their right mind would willingly eat such a thing?

Speaking of dumb ideas, learning that TONTO is Spanish for "stupid" kind of takes some of the air out of the whole Lone Ranger and Tonto pairing, doesn't it?

ALLIE (Holden's late brother in "The Catcher in the Rye") was a very tough get, and ELI (Director Roth of cinema's Splat Pack) was absolutely no help to me. ONERS (Single-take shots, in film lingo) is not great, and I've never heard anyone say JUKE (Vintage diner fixture, in brief) instead of the full jukebox. (Why would you? Jukebox is so fun to say!) But it is a rare puzzle that does not fray a bit at the seams, and although I sometimes say OGEES, I enjoyed the trick, and I enjoyed the puzzle.

Posted by Horace Fawley at 8:46 AM