First off, I want to say hello to Mr. Charlson. During this year's virtual A.C.P.T., he very nicely dropped in to CHAT at the table (virtual room) where Colum, Frannie, and I were hanging out, and I made a right ASS of myself. I've cried AARGH many times since then as I thought about the strange/rude welcome I gave him, and about all the questions I could have asked him instead. He kindly said that he looked at this blog from time to time, so I hoped to be the one who got to review his next puzzle so I could use this space to say I'm sorry. And now, here we are. Sorry I was an IDIOT, Trenton. And thanks for reading the blog. 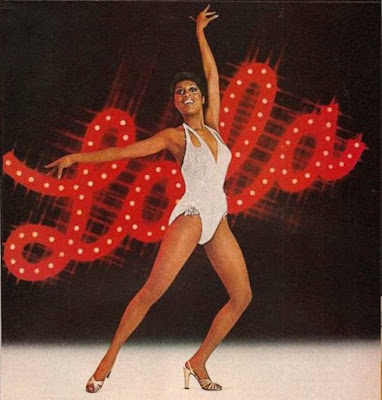 Now let's talk about this Thursday puzzle! The theme is SIXFEET UNDER, a show I've never seen, but my non-viewership didn't make any difference, and uncovering the revealer in the middle allowed me to figure out the two themers on the left. I had entered IFYOUgeTmydrift with only a cross or two (probably the F of LIFE, and maybe another), but I had already run into trouble with "Baby food" (PAP), so being able to move the "drift" down two spaces allowed for the correction to IFYOUCATCHMYDRI[FT]. It also allowed me to enter PARTINGGI[FT], which just had to be the answer to "Game show loser's prize." And after that, WILLIAMHOWARDTA[FT] became immediately clear. Of course, I should have thought of him right away, being the only person to hold the offices of both president and Supreme Court (chief) justice.

Here's a question, would you rather feel MISTY or MOIST? They're pretty much the same thing, but one word sounds kind of pleasant, while the other is on many people's list of "most hated words."

When I had E_I_ for 1-Across "Seat of Oklahoma's Garfield County" I thought that another Erie had been found. Wouldn't that have been exciting? But no, it's ENID. And speaking of false starts, I caught on quickly to the trick in 61A "It's bigger than a family," but I don't know my taxonomy, so I guessed genus, and had to correct to ORDER when I got a few crosses. For the record, genus is smaller. Hopefully, this is another one of those situations where I'll learn something from a crossword.

OK, this is getting long, but I want to ask about GST before I go. The standard that I'm familiar with at the Prime Meridian is Greenwich Mean Time. Is this another standard? Does the lower-case M in the clue change something? I found a Gulf Standard Time, but that's four hours east of the prime meridian... little help?

Oh, and I should probably also mention that there are six instances of the letters "FT," for feet, extending out under the grid. I love this kind of pushing, and even breaking, the boundaries of the form. I'm the kind of guy who thinks that rules are a good idea, but that sometimes breaking them is an even better idea. Except that sometimes it's not, like when you break social rules and say to a guest that you have never met but are actually really happy to see "What are you doing here?!" ... What was that I was just saying about hoping to learn something? ... Sorry again, Mr. Charlson. Thanks for stopping in, and thanks for this fun puzzle.

p.s. Favorite clue: Some remote power sources (AAS). Remote controls, not far-out... That had me fooled for quite some time. And "Leave nothing behind?" (STIFF) above it is also quite good.