The Turn picked right up today with a meaty, tricky offering from Mr. Hawkins. I wouldn't say I CRUSHEDIT, but I did finish it with no errors, which didn't seem all that likely for a while. :) 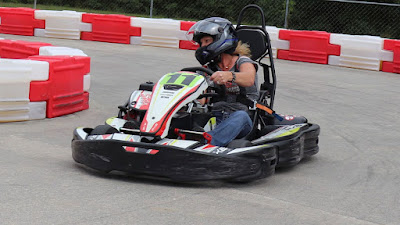 I thought I was starting out strong by guessing "bCcD" for "Looped in, in a way" (CCED), but soon a couple crosses reminded me that I had read about COSTARICA having done away with its military, so that was fixed up in fairly short order. It's a solid 8-stack in the NW, and the crosses - especially TARMAC (Landing place) - are all decent enough.

In the NE I was all ready to complain about the "fill in the blanks" clue, but when I finally got it and realized what was being done, I thought it was a pretty clever way to clue that old standby, SNL. I might have preferred a different clue for HOTTICKET (Elusive thing for a popular show) but I still love the entry, and "Pool service?" was a tricky QMC for RIDESHARE. So far, so good.

In the SW I dropped in STARFLEET (Enterprise group), and hesitatingly put in MPH (Dashboard abbr.) worrying that it might be too easy for a Friday. HOBART (Tasmania's capital) took every cross, and PLATOON (Company division) also took a very long time. "Maze runner" for MINOTAUR was great, and DABBLEDIN (Experimented with) is a fun phrase.

My solve ground to a halt in the SE, where DROPCAP (Oversize letter at the beginning of a chapter), UNO (Diciembre: doce :: enero : ____), and MYLAR (Shiny balloon material) went right in, but not much else. I'm not familiar with water parks, so LAZYRIVER was not going to come without a lot of crosses, and I was totally fooled by the clue on SPEEDTEST (One way to gauge how well connected you are).

Overall, it was just the kind of Friday I like. One that puts up resistance, but when you finally break through - like seeing KNEELS at last for "Initiates a proposal, maybe" - it makes perfect sense. All the eights and nines are lively, and, well, I liked it. How 'bout you?