I'VE GOT A FEELING

In 2015, I attended my first A.C.P.T. by myself. I didn't know anyone at all, but being something of an extrovert, I went into the grand ballroom on Friday evening for the "ice-breaker" games and plunked myself down at a table. I ended up solving the puzzles that night with none other than Doug Hoylman - a six-time A.C.P.T. champion, the chief counsel for the I.R.S. - a nice guy and a formidable crossworder, and a guy whose daughter was attending Beloit College - my alma mater. I knew right away I was in the right place. 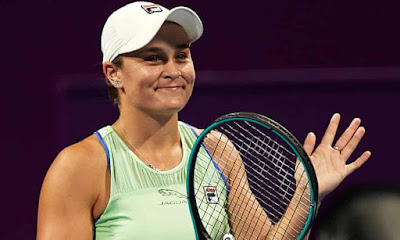 On Saturday, I talked to people in the hallways between puzzles, and I usually asked them how they were doing, etc. I ended up talking for a while with a guy who told me he thought he was doing pretty well ... that he maybe could have done better, but he felt pretty good about how things were going. It's a comment you hear from many people. When I checked the standings for his name, I saw he was third. It was Howard Barkin.

So anyway, today we have a puzzle by Mr. Barkin, and you might think I'm just being kind to someone I met at the tournament (Hi Howard!), but I tell you I genuinely LOL'd at the clever re-defining of the theme answers. "Bacteriologist's emotion upon a new discovery?" for CULTURESHOCK, "Jester's emotion after the king's laughter?" (COMICRELIEF), and "Wild horse's emotion?" (UNBRIDLEDJOY) - those are all great. And what about "Evil genie's emotion?" for BOTTLEDUPANGER? Genius! And hilarious.

In contrast to some other bloggers (Hi Jeff!), I always enjoy a theme that appears in both Across and Down answers. I feel it opens the puzzle up somehow. Some say it makes it more challenging to have clean fill, but I didn't find much to complain about. In fact, nestled right beside the vertical theme entries we find BUGSBUNNY (Famous toon with a Brooklyn accent), CONARTIST (One might take you in), and WETBAR (Home mixologist's spot) - all strong.

Other bits I liked were DEEPCUT (Lesser-known song), ACINCH (Easy as pie) (Was not expecting two words here!), EULOGY (The Gettysburg Address, e.g.), LABELLED (Hurrah for the two-l spelling!), and ZENO (One of his paradoxes claims that two objects can never really touch).

Overall, it was a fun Sunday puzzle. Frannie takes over tomorrow, and I'll see you in a few weeks.