If our dear readers ever wondered whether I like ABBA, the answer is IDOIDOIDOIDOIDO, so today's theme of alternatively clued song titles from the band gets a thumbs up from me. Just this past Sunday, my sister-in-law and I were reminiscing about seeing the stage version of "Mamma Mia" in 2001. We didn't think we'd end up dancing in the aisles at the show, but we did.  The "jukebox musical" - as I see it's called in the Wikipedia - includes all three songs that appear in the puzzle - plus a whole lot more. I have seen the movie version, but didn't enjoy it as much. When the stage version took off, I think someone just thought to themselves MONEYMONEYMONEY.
Perhaps helped along by the three grid-spanning theme answers which all consisted of repeated words, the solve went quickly without a single SOS moment. Despite being geographically challenged, I even entered IRAN off the clue ("Land with coasts on both the Caspian Sea and Persian Gulf"). I wasn't certain of the answer but it seemed to whisper, "take a chance on me," so I did. Winner takes it all! 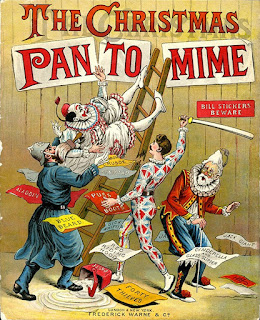 As we all know, though, in puzzle construction, the name of the game is good clueing and quality fill, and I think we get that here. BUMPED for "Knocked off the schedule" is apt. Apt! "Website where you go to see the stars?" (YELP) is amusing. I liked the gently ambiguous clue "Caves" (GIVESIN), and also "Poker giveaway" (TELL).
Fill-wise, I liked VOID and TIPSY - BONY less so, for some reason. AXIOM is strong.  STATUE is an funny word, if you sit still and think about it for too long.
And how about SNAPE showing up in the puzzle today?!?! Harry Potter re-read FTW! And speaking of HP, with Philbo's encouragement, I have decided to press on and finish the entire series. Let's hope the 734 page "Goblet of Fire" won't be my Waterloo.
~Frannie.
Posted by Frances Page at 7:56 AM