This is a beautiful theme. Who doesn't like the big and little dippers? They are depicted fairly accurately here, the little is pouring into the big, as I like to think of it, and the end of the little dipper's handle is situated within its own name - POLAR*S. The stars are made by writing an X and an I in the same space, which gives an asterisk-like thing, which looks like a star. Really lovely. 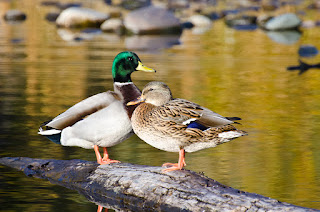 And on top of all that, we get a few bits of trivia about how other cultures have seen these same stars - as a DRINKINGGOURD, the WAGONOFHEAVEN, and as SEVENOXEN. And for all that, the grid only strains at a few places - ENATIC (Sharing maternal lines), and ATLAI (Central Asia's ____ Mountains), for example.

I thought "They have springs in the middle" was tricky for OASES, and "Wouldn't stand for it?" was a cute QMC for SAT. "This is a test" (EXAM) was fun, but what the heck is "Clear, as crystal" (BUS)? What am I missing here?

There's bonus clueing in "In which 'Stella' means 'star'" (LATIN) and "Star performances, maybe" (SOLOS). And I like the literary bent seen in LIBRARY, PABLO Neruda, OPRAH (Noted book club leader), the BRONTE sisters and their pseudonyms, and NOBEL (1938 prize for Pearl S. Buck). Throw in a little Vulcan clue (STOIC (Like Vulcans, typically)), and you've got our attention, Ms. Deitmer! Congratulations on a lovely debut. We'll keep an eye out for you the next time we're over in Davis Square! :)

p.s. The Boswords tournament is today, Sunday! I think you still have time to register if you haven't already, and I believe Ms. Deitmer has a puzzle in it!

Posted by Horace Fawley at 7:04 PM