Hit after hit! Today's puzzle was another good one. And, based on my times, this one a little easier than yesterday's, or maybe it would be more accurate to say that more of the answers fell within my sphere of knowledge - DJING for starters. Kidding! As our dear readers know, I'm more closely connected with PSY ops. :)

But seriously, folks, a fun solve starting right out of the gate with "Ring up?" (HALO) - ha! I love the word SKINNY for "Inside dope". And how about HARDASS in the puzzle? I thought ONUS for "Charge" was particularly nice. Also GESUNDHEIT for "It's a blessing." You can't TOPTHAT.

It was still a challenge for this solver, though. I was at something of a loss in the northwest, not knowing U.S. soccer legend TIM Howard or the co-founder of Artists against Fracking. But, as I considered the latter, I thought: artist, three-letters, crossword puzzle. That combination led me to guess ONO which thankfully brought the rest of the answers in that corner INRANGE. Similarly, in the southwest, I hazarded a guess at CLAMUP for "Stop responding" and then the rest of the answers fell RAPIDLY into place. At the bottom row, in the middle, I was almost at a LOESS, but once I changed my first guess, 'inANYcAsE', to the correct ATANYRATE ("'Regardless...'") the CHAOS ended. 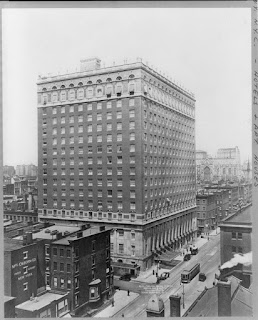 I enjoyed references to my general locale with PRU ("Moniker for a noted Boston skyscraper, with 'the'" and the Museum of BADART. It's been a great week, but tomorrow brings a few NEWERAS: new, more erudite perspectives on puzzles, and of course, new blazing solve times. Over to you Colum.