FURS of all, let me say how much I enjoyed today's puzzle. It is full of challenging clues that reward the solver with a chuckle or an aha moment without being cripplingly difficult - like everyone likes!

Despite never seeing the movie "Free Solo" I was able to get ELCAPITAN thanks to several Downs that I got right away including "First name that, reversed, is part of a church" (EVAN), "Iron, e.g." (CLUB), and "Kind of cast" (ALLSTAR). Same with VILLANOVA, which I've heard of, but the name of which didn't leap to mind.

Also fun was "Half of an exchange" (TIT) - for which one had to get the down (INDIGO) to know the answer wasn't 'tat'. And speaking of entries that begin with the letter I, how about the double I intro to IIMAGINESO? Surprising! 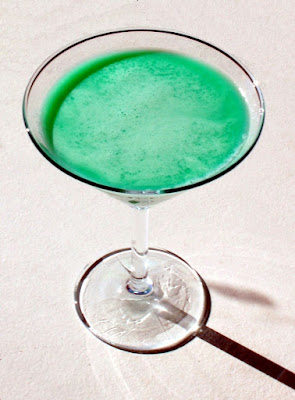 There were other surprises hidden in the simple-seeming but tricky clues like "Not last" (COMEANDGO) and "Hair piece" (STRAND). Also  clever were "Crow, say" for (GLOAT) and "Ruin" for (WRECK). With so many clever clues, it SNO wonder I went astray a couple of times. I tried 'hoagy' for "Grinder" where MOLAR was wanted. And the answer to "Check" (TAB) didn't come to me immediately. On the other hand, I entered ALA off the clue "Like." Sometimes, ITHACAN and sometimes ITHACANT.

But what, you ASPS, were the clues ALEC the best today? Well, I'll tell you. "Result of multiple paper cuts?" FINALDRAFT is very good, but best in show is "Speak in a husky voice?" (BARK) - ha!

With that, ALEVE you to attend to other pursuits.