The week ends (Yes, Sunday doesn't count. For me, the puzzle week starts on Monday and ends on Saturday. Sunday is it's own thing.) with a themeless by Caitlin Reid and Erik Agard. I don't know much about Ms. Reid, but I've seen Mr. Agard blow through the A.C.P.T. final puzzle in five minutes while standing on a stage, in front of a huge crowd, with the static of foreign language mumblings being piped into his headphones, so when I see his name in the byline, I get a little nervous. Who knows what he might unleash? 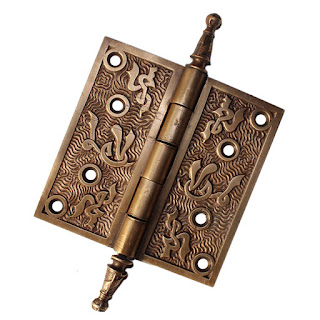 But today things went relatively smoothly. I started out strong with SKA (It's said to have been born on Orange Street, in Kingston, Jamaica) (What else could it have been?), and then the little NW was done in a matter of seconds. Knowing PALMEDOR off the clue opened the door to the middle, and suddenly I was down to the conversational HEYNOW ("That's uncalled for!"), NICEONE ("Zing!"), and NOSPOILERS ("Wait, wait, don't tell me!").

In some ways, this puzzle is a lot like yesterday's. I know that seems absurd, because they're both puzzles, and themeless, but there's a certain something. It's sort of a mirror image grid (if you allow yourself some freedom), and it has those conversational answers, and, well, there's a certain feel. GOROGUE (Fail to follow along), NONAPOLOGY ("Sorry if you were offended," e.g.), and AREWEGOOD ("No hard feelings?").

Anyway, it was smooth sailing from top to bottom on the left, to the bottom right, and then I got to the top right, where I ran aground. I had guessed NeonS, and I had COrgi in for a while for "Regional dog variety" (CONEY) (Tough!), and I think I had tOrt for "Court infraction" (FOUL), so it took some doing to set the ship right again. In the end, it was a water-related clue that helped, when I finally remembered that Bondi Beach was in Australia (near SYDNEY), and then things finally came together.

I don't want to appear RAHRAH, so I'll add that I could have done without UNIPOD (Photographer's staff) (Maybe things are different now, but for the twenty or so years I worked in professional photography, I only heard "monopod."), but really, that's all I have to complain about. Overall, there's much more to celebrate than I can fit in a review of reasonable length (Too late!). Gold STAR!

Posted by Horace Fawley at 8:54 AM