Well, Dear Reader, today I had another "kitwo moment" [see Glossary]. Right after finishing the puzzle, I Googled "spread-toothin'," thinking, "Well, I get it, I guess, because after having bitten off more than you can chew, your jaws are far apart ... but does anyone actually say that?" Sigh. No, it's "spread too thin." 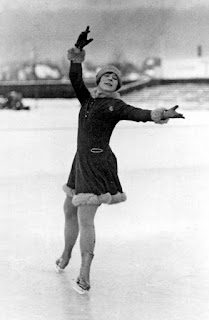 Aside from that, this one went right along. After dropping in BANC (Fixture in un parc), the NE fell in no time. I never actually saw the 2008 "Get Smart" movie, but ALANARKIN was born to play the role of the Chief. And one-point Scrabble tiles or not, there's only one number that starts with N and has eight letters.

With the "ken" in place at the end, SPRINGCHICKEN (No oldster) fell in, but those other two central entries took many more crosses. We've already discussed the middle one, but "Something a toddler might chug?" for CHOOCHOOTRAIN is also worth mentioning for its high-quality QMC.

I guessed SkaT for the "Two-player card game" (SPIT), which made PEPTO (Stomach soother, for short) and ICEES (Summertime coolers) more difficult than they had to be, but eventually the triple-ten stack in the SE straightened everything out.

The trickiest area for me was the opposite triple-stack in the NW, where the painting misdirect kept me from seeing SHAVINGKIT (One might have oils and a brush), and I kept thinking of things like gloves and hard hats for 1D: Prepares to enter a work zone, perhaps (SLOWS), instead of actions. LETITSLIDE (Look the other way), ONRETAINER (Under contract, as a lawyer), and GLISSANDO (Notable feature of the opening clarinet solo in "Rhapsody in Blue") are all lovely answers. SHAGRUGS, SPONGEMOPS, and ACTIONITEMS are a little less exciting, but still, there's not much that's really troublesome.