While today's theme had no revealer, it was easy enough to read between the lines and see the references to ever-larger chunks of writing in the second half of five answers from SAFEPASSAGE to HORSDOEUVRE.

Unlike yesterday, I felt the constructor and I were not in CONCERTS today, resulting in a high time for a Wednesday *and* a FWOE. My error came at the 1A/5D cross. HAP for luck is a thing? That was too quaint for this solver. Of course, I should gotten the 'H' from "Family name on 'Arrested Development,'" but I didn't think about it too carefully and, thanks to my sister-in-law's frequent and humorous repetition, in a heavy local accent, of "Peter Blute," a Member of the Massachusetts U.S. House of Representatives from the nineties, I ended up with THEBOMB. :(

There were a couple of other areas where I wasn't on the same page as the constructor. For "Bygone TV feature" I tried 'dial' before getting KNOB from the downs. WOW as a word before and after "just" seems weird to me. I also feel that there is something not quite right about referring to Yoko ONO as "Lennon's lady." And last, but not least, TOEJAM? I don't consider myself unusually delicate, but I did not like that entry at all. Upon reading the clue, I hoped I was wrong, but when JEAN went in for "Denim," I was forced to ENTER it. 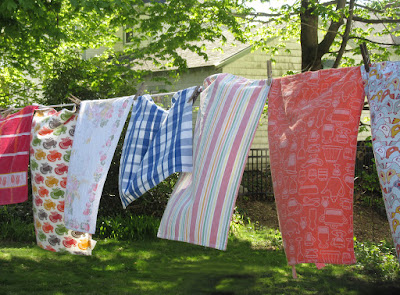 But, to balance the books, there were a number of things I did enjoy in the puzzle including "Class act?" (TEST), "Mad state" (IRE), "Ones feeling the crunch?" (ABS), and especially "Country music?" (ANTHEM) and "Makes, as bread" (EARNS). I also liked BASKS, MOSSY, and WINATLIFE.