Tricky cluing like the side-by-side "Need for teachers across the board" (ERASER) and "Corn or bean plant, perhaps" (CANNERY) (very nice), combined with ten-cent words like RUPIAH (Currency of Indonesia) and THEODICY (Explanation for the existence of evil in God's presence) (I dropped in frEewIll) made for a nice, tough challenge from Mr. Ezersky today. 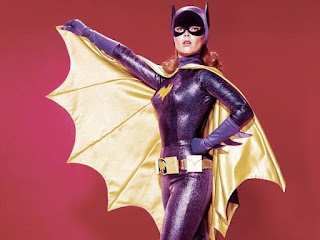 Anybody else try Tapestry for "Best-selling studio album of all time (33x platinum)" (THRILLER)? I did, because I thought I remembered hearing (probably about the time that THRILLER came out) that it had been on the charts forever. And it has, or was, but really, it's not even close. Also, looking that up after I finished the puzzle led me to the fact that Abba Gold recently broke the record for "continuous weeks on the Top 100" at over 900 weeks. Just FYI.

Loved the clues for SYMMETRY (Something U and I have in common) and TREETOP (Lullaby locale). And I also like all the great words - ENIGMA, WINCH, TROPHY, CLENCH, PLIANT... so much good stuff!

GELT (Money, in slang) reminds me of an Austrian series that Frannie and I watched on Netflix a while ago, "Altes Geld." It was, perhaps, the most unusual show I've ever seen. I enjoyed it, but I hesitate to actually recommend it.

The only thing I don't particularly like today is ONA (____ kick). It's not an expression I know. But that's a small thing.

ATHEEL (Just behind) was great. MOTH (It comes to light) might have been trickier if we hadn't just seen it clued with "bulb circler" yesterday. "Country album?" for WORLDATLAS was fun, and even with the question mark I still needed several crosses.

Overall, a very satisfying Friday. It may even get me to cut Mr. Ezersky a little slack about his "word list" for Spelling Bee... :)