A larger-than-normal (15x16) puzzle (the second this week) was required today to fit the IMPOSSIBLEBURGER right there in the middle. It's the first time that entry has been used (thanks, xwordinfo.com!), which isn't all that surprising, since it only became available in 2016, and really only gained widespread popularity a year or so ago. What is surprising is that it's also the first time RUMI (Persian poet whose epitaph reads "When we are dead, seek not our tomb in the earth, but find it in the hearts of men") has appeared. He's been around since 1207! 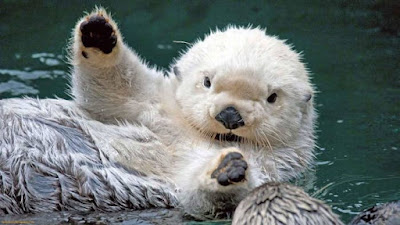 Also, it seems we've seen Erik Agard's byline an awful lot lately - twice per month so far this year (not counting May), and at least once per month since September, 2017! Not that I'm complaining, mind you. He's also been doing a lot of co-creating, and this time he teams up with Ms. Estrin for her debut, and it was a good one.

I enjoyed GLAMPING (Not exactly roughing it, in modern lingo), BEERAMID (Portmanteau for an arrangement of cans in a dorm room, maybe) (Two more "firsts!"), COALESCE (Come together), and even OBLATE (Shaped like a clementine). I wasn't sure about that one, so I looked it up, and yup, that's the shape!

I thought TREETRUNK (Place to branch out) was good, but I might have preferred my original entry - TREEhouse. It was more metaphorical, maybe, but their answer works pretty well. Some other clues were a tad further off - to me anyway. "Get in contact, so to speak" for HOLLER seemed a little imprecise, but again, maybe it's just that I'm not so up on the modern lingo. And "They can go from floor to ceiling" doesn't seem quite right for LAMPS. A floor lamp can't also be a ceiling lamp, and really, even then, wouldn't you say "ceiling light?"

On the other hand, "It may be imperfect" was perfect for TENSE, and I also very much enjoyed "Secure" for LAND, "Martyr complex?" for SHRINE, and "Gripping experiences that take your breath away" for BEARHUGS. Remember hugs? ...