Frannie and I did this one sitting side-by-side on the couch today, which was a nice throwback to the old days when we used to work on puzzles together more often. Just one more nice thing about the stay-at-home situation, I guess. Others have included getting our digital photo collection a bit more organized, working on projects around the house, and finding some new dinner and snack recipes. And maybe this isn't true for some people, but I've seen more of my immediate family during the past two months than I have in the past five years. We're a far-flung bunch, and often I see my brothers only once or twice per year. Lately, it's been every weekend for at least an hour. 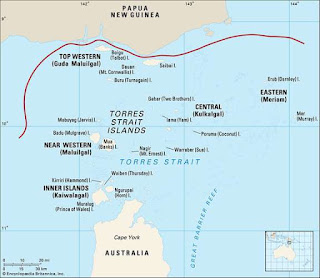 And speaking the family, I think they would all (except my sister, maybe) enjoy the "country guessing game" that is today's theme. Mr. Fromm has found hidden words when two countries from the same region are put end to end, and he has clued for this found word, while also giving the region. As in, "What subjects and verbs must do [Europe]" (BULGARI(AGREE)CE), or the slightly less interesting "T-shirt size [South America]" (BRAZI(LARGE)NTINA).

I think it would have been slightly more interesting if the central words were somehow all related, or if it seemed like there was more of a reason for doing this other than just that it can be done at all. I mean, it's fine, and everybody likes geography quizzes, but ... well ... maybe I'm just an OLDCOOT.

Our favorite entry was probably "Forest ranger" (DEER), which we only got and understood through its related entry "Male 91-Acrosses" (HARTS). "Ranger" as in, one who wanders. Very nice.

Today's "Black pie crust component" clue for OREO was new to me, so that was interesting, and "Group seen in gathering clouds?" was a clever way of getting at the vowel string AEIOU. Yesterday we had the "oblate" clementine, and today we learn that a PEAR is "obovate." One can only wonder what shape will come next?! If there is one, it will be Frannie who tells you about it, as she starts up her reviewing again tomorrow. See you in a few weeks!