WHAT GOES UP MUST COME DOWN

Frannie and I solved this one together, as we have been doing for the past few weeks. She thought it was cool that the constructors were able to find entries containing these forward and backward strings, and that they could fit them into a puzzle using this "up and down" stack method, but I was left unsatisfied by the nonsense words left in the original crosses, and by the fact that the stacked letters were sometimes words in themselves and sometimes not. I know it's a lot to ask, but when I see some like "plan," "omen," and "bile" (upside-down), I start looking for another level. When I then find things like "secre" and "deta," it's a little disappointing. 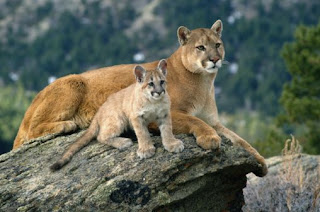 Honestly, I feel a little like Mr. Chen himself saying that. In his reviews he frequently wishes for that next level idea, that raison d'être that will tie everything together. I guess I've just got to trust that if he and Mr. Rothlein thought it couldn't be done here, well then it couldn't be and that's that.

So let's look elsewhere, shall we? It's interesting that GELT (Traditional Hanukkah gift for kids) is back in the puzzle so soon, and it was fun to see both AZTEC and INCAS in there. "Bug experts, informally" was a good clue for ITPEOPLE, and I very much enjoyed the non-QMC "This and others" for CLUES. On the QMC side, "Pop a wheelie?" was cute for GETAFLAT, and "Places for hustlers?" (DISCOS) got a chuckle, but I thought "Breathtaking sight in the ocean?" was a bit too far to go for GILL.

So in the end, Frannie's happy, because she's already excited about making up a new definition for MOBRARIES and using it all the time at work, but I thought that the puzzle could have been more ELABORAIL if only it had contained some kind of a justification for the trick. Maybe it was impossible, but that's what I do, I OPINE.

Posted by Horace Fawley at 9:03 AM