I did the lion's share of the puzzle today, so Horace decided to palm the review off on me. I wood have written it sooner, but I branched off into other activities. Now, it's time to get on board.

The general impression I have is that overall, it was a fine puzzle. The falling trees didn't trip me up much, but I don't love the dangling bits covered by the dashed clues that read like junk (RMARY and HING, for example). But, I suppose the constructor's attitude was, "let the chips fall where they may!"

The clue that gave away the gimmick for me was 27A. Lucy Ricardo's friend (ETH/ELM/ERTZ). The rest was ASEASYASABC (24A. Very simple). My favorite one was 58A. Cavorted (PRAN/CEDAR/OUND). Horace and I were just saying to each other last night that one doesn't see quite as much prancing as one used to.

We learned a lot about word origins from 2D. Source of the words "mamba" and "chimpanzee" (BANTU) and 30A. Source of the word "mantra" (SANSKRIT). That should help the CSTUDENTS (70A. They're around 2.0) next time they are ASSESSED (109A. Sized up). There's a nice bit o' British slang in 'ere, too, for all us logophiles.

I'm going to guess that Huygens was all over 74A. Shortest Old Testament book (OBADIAH), as that's right in his tree house, so to speak. Funny that he's so knowledgeable about the Good Book AND a fan of  RISQUE material (4A. Suggestive). Other fill he might have enjoyed today 53D. Beach tops (BRAS), although the clue and answer seem a little mismatched to me, but what do I know, I'm just one woman? And 66a. Lathering (SOAPING), which also fits nicely with his love of cleanliness. Hey, that's next to Godliness, right?

OK, you're probably looking for more synthesis, but I've got to make like a tree and leaf! 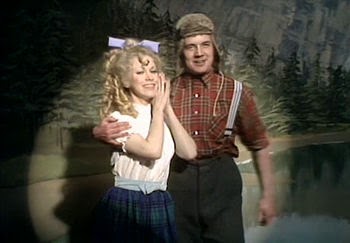