A solid Tuesday. Solid-looking, too, what with all those fives stacked together, and a few long answers tying things together. The theme is one I enjoy - a common expression given a new definition. Mundane PLOTPOINTS become "36A: What mathematicians do?" … ok, that's still mundane, but it's hard to tart up math, isn't it? How about HANDLEBARS becoming "42A: What bouncers do?" That's a little better. You've got bikes, which are great, and bars, which can also be good.

Let's move on. My favorite entry might be HITTHEROOF (32D: Go ballistic), because it reminds me of my sister, who likes to warn of that happening. VANNA (35D: Woman who has a way with words?) had me stumped for way too long, as did LAVA (38A: Slow flow), so that area was the last to get finished. Can you blame me, though? Lava doesn't always flow slowly, but I know they're thinking of the oozing that you always see in those nature documentaries, not the fast-acting killing machine that results from a violent explosion. 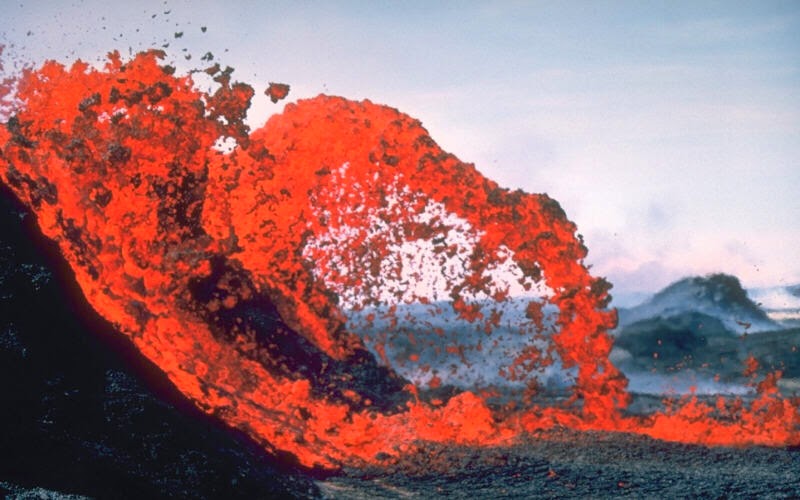 And speaking of lava, there's some stuff I wouldn't mind throwing into a volcano, like IWO, AMAIN, NITRE, and ALERO. There's some ancient stuff, too, like BRENDA (52A: Starr of old comics) (Remember Basil St. John and his black orchids? No? I'm not surprised…), ALVA, BENJI, LARA, and TELEX. Still, though, I enjoyed this on the whole. Maybe it was the theme, maybe it was things like SMUSH (47A: Squeeze, informally), maybe it's just that I don't have very high standards for a Tuesday.