Frannie and I passed this one back and forth on the computer, while ET59 sat near us doing it on paper. I could go turn on my computer to see the time, but I'm just not going to. I think it was around 45 minutes. Anyway, the overall consensus on the porch is positive. ET59 very much enjoyed the "faux MLB" clues - 49A: Cubs' supporters, maybe (SHEBEARS) and 16A: Jays' fan, maybe (BIRDER). Very nice misdirection there. Frannie liked 21A: Setting of many a revival (EMERGENCYROOM), and 40D: Slips of paper? (ERRATA). Me, I liked THOUGHTPOLICE (Iconoclast stiflers), and ORDEROUT (10D: Call for Chinese, say). And we all enjoyed SMARTASS (53A: Snarky sort) and HANSOLO (Film figure who said "I take orders from just one person: me"), but is that too much of a duplication? :) 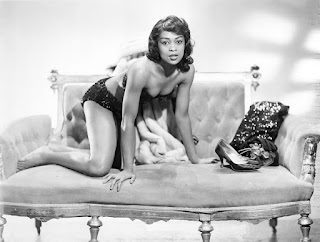 PEACOCK (29A: Recipient of Argus's 100 eyes, in myth) was great. I just heard this story within the past year or two, but did I remember it? No. Not until I had all but just a couple crosses. Another one that took far too long was PENCAPS (20D: Things removed before signing).

ET59 looked up SHORTTON (U.S. freight measure) and found that it was the same as a normal ton (2,000 pounds), and that the "long ton" is a British measure equal 2,240 pounds. This difference was the major cause of the War of 1812, we believe.

Some "glue," to borrow one of Mr. Chen's own coinages - OVOIDS, PSAS, & ASTI, but those aren't really all that bad. And we split on SUVA. Well, actually, we don't really split - none of us knew it, not even my geologist father, but we all enjoyed learning this capital of the Fiji Islands.