Yesterday I almost made some mention on "cocktail" appearing on a Monday, but now I see it was just a lead-in to today's theme, everybody's favorite store, the LIQUORSTORE! We've got FIFTHAVENUE (21A: Fashionable shopping area in New York City), SIXPACKABS (26A: Goal of one doing crunches) (your faithful reviewer is working on these, but the LIQUORSTORE keeps conspiring against him!), and CASECLOSED (45A: "End of discussion"). Not bad, and it's a relatively low-impact theme, just 42 squares, so the fill should be decent, right? Yes!

The remainder runs the gamut from the sublime - EROICA (32A: Symphony that premiered 4/7/1805) to the ridiculous - LISTICLE (35D: "21 Pictures That Will Restore Your Faith in Humanity," e.g.). Since I'm not too familiar with that neologism, I looked it up and found that most definitions started with the exact citation in the clue. I also found a piece in the NYT from earlier this year called "In Defense of the Listicle," that claimed it could trace its roots back to the Ten Commandments, Luther's 95 Theses, and the Bill of Rights. Heh. 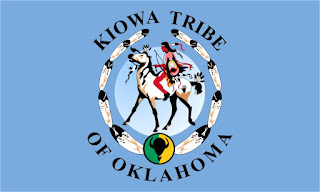 I've got nothing to say against this puzzle. Even ANTIQUER and ENCIRCLE get a pass when you fill a puzzle with fun, interesting clues and hip, new things like SPACEX and COMICCON (5D: Yearly gathering for superhero fans). (Speaking of that, we've been watching "Agents of Shield" recently, and I can recommend it.) ASOF (6D: Beginning on) is a little odd, but I think it's the first time I've ever seen it, and it fits the clue well, so I'm ok with it today. If I see it again on Thursday, and then again on Sunday, well, things will be different.

Lastly, I'll just call out a few of the nicer clues: LASSOS (1D: Gets in the loop?); ERIC (58A: ____ Blair, George Orwell's real name) (anything Orwell is fine with us); AMOEBA (10D: Blob that divides); and SEWN (53D: Hanging on by a thread?) - that's one instance where I think the question mark actually makes it funnier. And what about 54D: "Jeopardy!" contestants, e.g.? That's a great clue for TRIO!

Can you tell I liked it?

Posted by Horace Fawley at 7:08 AM