Stupid college! We read "Invisible Man" by Ralph Ellison in 20th C. American Lit., and so I put "ellison" in at 17A: "The Invisible Man" author (HGWELLS) without a second thought. Then I went on to finish the rest of the puzzle in about ten minutes, only to end up back in the NW, with nothing but "ellison" in it. The downs wouldn't come, and nothing made any sense. Finally, I said to Frannie "Aren't there two 'Invisible Man' books?" To which she replied, "You mean, besides the H. G. Wells one?" Stupid Frannie...

The G gave me REGENTS (2D: New York State's ____ Examinations), which wouldn't come to me with that L in there. What is that exam, anyway? And why is it in my head? (It's a high school exam.) Anyway, I finished it up after I finally figured out ELLS (6D: Duckbill's tail?) (tried "iLLS" at first, which would also have worked, I think), and REST (7D: Note's counterpart), which I only got just now as I wrote it down. They're talking about music!

I love ARBITER (1A: Ruling party?), now that I got it, but SEAMILE (15A: Mariner's measure) seems almost as arbitrary as INKLESS (13D: Empty, as a fountain pen). It's a nautical mile, and I pity the fool who says it ain't! 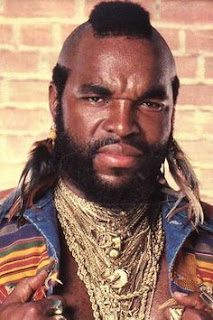 Kind of a fascinating theme today, with the "two consecutive letters in reverse order," and I like that it comes with a challenge. Isn't that how you interpret the disclaimer "for which we can't think of a single other common example?" C'mon... I'm pretty sure I won't be the only one thinking about the puzzle for the rest of the day. It's a clever ploy by Mr. Joon "I finished seventh overall at the ACPT" Pahk.

Finally, as I look this one over, I find a lot of unusual stuff to like. DECATUR, HATPINS, ALDENTE, ANNEXED... and to fit in all seven of the theme examples that they (Is Mr. Shortz included in that "we," do you think?) could think of, well, it's an impressive feat. No rebus, sure, but it's still pretty cool.

Posted by Horace Fawley at 7:29 AM