My error today came at the cross of SHAVETAILS (11D: Rookie officers, in slang), which I don't remember hearing before, but which makes some sense if you think of haircuts, I guess, and HAG (16A: Beldam), which was clued by a word I did not know. Amusingly, the etymology is from the French bel in the relationship sense, and dam meaning "mother." So it basically means "mother-in-law." Heh. So wrong. I enjoyed learning that, but I'm not sure I like the duplication with OLDBAT (29A: Biddy). 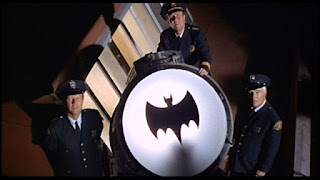 The theme was pretty good. I filled in the squares with a [BREAK] rebus, but I don't know if it was necessary. I did so when the clock didn't stop after I filled in everything but the four squares, then I found I had that error, but I never went back and erased the rebi, so who knows. I got three of the breaks, and I knew where the other one went, but it was Frannie who finally figured out SER_VICE (23D: Turning point in a tennis match, maybe). I kept wanting "break point" or "game break..." SPR_INGVACATION (36A: A couple weeks off partying in Florida, say) seems a little off to me. It's either "Spring break," or "Spring vacation." It's never "Spring break vacation." Lastly, I was thinking of HEA_RT (46D: Lover's hurt) as "broken heart." I guess it makes more sense to keep them all the same and have it be "heartbreak," but I prefer my own interpretation, which I think works just as well if you're solving on paper and just leave the square blank.

Little things bugged me today. JAWED (6A: Gossiped) doesn't seem quite right for the clue. I think of "jawing" as just general talking, not necessarily gossiping, which is specific talking. And who's ever heard of 8D: The World of Suzie _____ (1957 novel) (WONG)?

On the other hand, I liked a lot, too. DCAREA was unexpected, though it shouldn't have been. As was LAPD (27D: Pacific force, for short). Good one! BROOD (61A: Nestful) is fun, PLIERS (26A: Electrician's tool) was clever, because for a while I was trying to jam in something like "circuit breaker." SEAL (23A: Approval indication) was a great answer for that clue. In fact, let's just stop there, because even though I had some complaints, I still give this one my seal of approval.