Wow. This was great. A struggle the entire way, but so satisfying to finish! My final letter was the B of BOSN (52D: J. M. Barrie's Mr. Smee, e.g.) (which makes me think, Isn't it interesting that the NYT puts a space between the initials of a name, but not between the initials of the abbreviated "exempli gratia?"... but never mind that now). 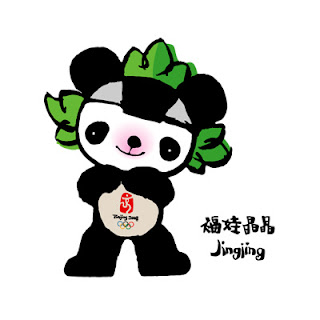 Just like a good Saturday puzzle should, this grid gave up very little in the first ten minutes. I think I guessed at SRTA (20A: Miss, abroad: Abbr.) first, but I wasn't sure of it, because it almost seemed too easy. Then SLAW (30A: Dish made with mayo) went in, and then, finally, two confident answers: FRAT (34A: It seeks pledges annually) and MAHAL (42A: Hindi for "palace"). But nothing was really connected, and it would be a long time before things slowly, but surely, came together, sort of from the NE back west, and then down.

I like the framework of six (!) interlocking fifteens. I liked the meta-ness of THENEWYORKTIMES (11D: It sold for a penny at its 1851 launch), and gave an audible sigh when I finally understood NBAALLSTARGAMES (62A: Where East meets West?). Yikes!

Lots to love in this grid, and very little, if any, glue. I suppose my first answer (SRTA) could be considered glue, and IPO, PSST, and IBN (51A: Arabic patronymic part). Yes, definitely that last... but on the other hand, I like all the foreign content (NOBLESSE, DICTA, SANS, ESSE, ERGO, MAHAL, FRAU, etc.), so why should I complain about that one? 1A: RANARISK (1A: Skated on thin ice) gets an A-. All it's missing is humor. ANOMALIES (14A: Blips) is good. TRANSLATE (33D: Decode) is good. And appropriate. TINGE, SNARE, GUFF... Loved it.