IT'S ALL AN ELISION

This theme grew on me. The first one I got was SNOWSURPRISE (40A: A foot on the ground in Phoenix?), quickly followed by STUFFOUTTHERE (23A: "Do your taxidermy on the patio instead!"?), and I thought, Meh. But by the time I got down to SIOUXYOUKNOW (92A: Crazy Horse, Sitting Bull and that's probably it?) I laughed out loud. That's a funny clue/answer pair! Reviewing all the theme answers now, I guess they're all pretty common phrases. The weakest has got to be SIPTOBESQUARE (113A: Slogan for wine geeks?). I just don't think anyone actually says that, and the clue is even more tortured than the usual wacky-type clue. On the other hand, my second favorite is SOURLITTLESECRET (17D: Mystery ingredient in SweeTarts?). People do say "It's our little secret," and the clue/answer pair is funny! 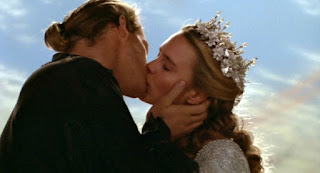 I guess the whole theme would be a little tighter if Mr. DiPietro had been able to keep answers like SPEDAWAY (12D: Left in a hurry), SCREWS (45D: Pressure, so to speak), and STENT (74A: Surgical tube) out of the grid, but not having any other words start with S seems like it would have been nearly impossible.

My first answer today was NADIR (1A: Point of greatest despair). I thought of it immediately, and figured I'd take a chance. I'll give it a B+ for being kind of a fancy word. But even with that quick start, this one ended up playing a bit long for me, mostly because of the opposite corner, the SE. I had entered "Xfactor" with the same bravado, but this time it didn't hold up. ROQUE (102D: Game with mallets played on a hard-surfaced court) was not known to me, and 78D: Drops to the ground? (LITTERS) was tricky.

Overall, I enjoyed this one after all. EIGHTIRON (52D: Rough choice?) ("sand wedge" also fits) was fun, as was DOUP (3D: Prettify). I'm sure eyes will be rolled at REFIX, REVALUE, and SCARER, but these are small necessary evils. I'm giving it a thumbs up!