OK, I finished, but I don't know why we have the AG rebus. Four theme entries, each containing a pair of AG rebuses. And all the downs that run through the rebuses, of course. Is it something having to do with silver? Is it the anniversary of statehood for Nevada? Is it about the Attorney General? ...  Let's move on.

1A today is a gross one. I was not familiar with the name "CALFS-foot jelly," but it makes perfect sense that it should be aspic. I had aspic once, many years ago. It was fine. I'll give the answer a B for interestingness. My first (very confident) answer was HELL (10A: Where to go "for the company," per Mark Twain). Frannie and I use that old quote frequently. (The corollary is "Heaven for atmosphere.")

Some nice fill in STEER[AG]E (5D: Inexpensive way to go) (this word will always make me think of Arthur Stieglitz, just as "6A: Draft" meaning SWIG will always make me think of Keats - "O, for a draught of vintage! that hath been / Cool'd a long age in the deep-delvèd earth"), HASHT[AG] (10D: Part of a tweet), and FLORISTS (37D: Glad handlers?) (gladiola, I presume), and some TIRED fill in IONE, AVEO, CANA, ATVS, and TAUS. I actually kind of enjoyed OJAI (36A: City whose name sounds like a surprised greeting), 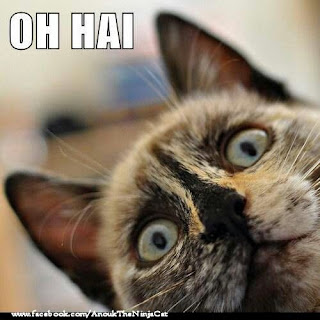 but I'm not sure what to make of the strange pair of SALTII (6D: Carter/Brezhnev pact) and JAMESII (49A: English king deposed in the Glorious Revolution). BTW, I'm so nul in English history that I needed both crosses to get the number. For those of you as uninformed as me, there were two King Jameses in England. James I and James II. In Scotland, however, there were six of them, but don't get too sure of yourself, because the last Scottish King James became James I of England. Egad…

So overall, I don't understand the raison d'être of the theme, and there's a lot I don't particularly love in the fill… so I guess that - even though I love a rebus - I will not give this one a thumbs up.