Strange grid today, with a totally unchecked word. The theme is, I guess, pyramids, or ancient Egypt, and thematic fill includes PYRAMIDSCHEME (17A: Common scam), TOMBRAIDER (21D: Video game featuring an archaeologist heroine), PHARAOHANT (23D: Insect with multi-queen colonies), TUT (28A: King of the 18th dynasty), the afore-referred-to, unchecked MUMMY, and, possibly, LOOTERS, LAWBREAKERS, CAGEDUP, and ALIENS (45A: Builders of the pyramids). Just kidding about that last clue, but I've gotta believe they were thinking about that. 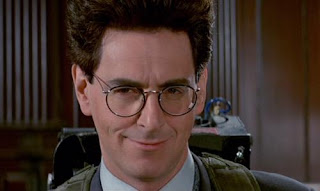 I don't know about you, but this one didn't wow me. I like the wide open feel of the horizontally symmetrical X, and I like some of the fill, like the pair of public utility clues: MEGAWATTS (5D: Power plant quantity), and WATERMAINS (7D: Hookups for hydrants), and the science crossing of BERYL (3D: Color akin to turquoise) and RAREGAS (14A: Krypton, for one). I also enjoyed the clues for SOCKETS (13D: Eyes, shoulders and knees have them) (gross), CARE (9D: Give a rip), and the tricky 21A: Nice ideas come from them (TETES). Ideas formed in the city of Nice, that is. Heh.

On the other hand, I don't really like "22A: Leave in a bad way" for STRAP. Are they talking about whipping someone with a strap? Yikes.

My error came at the ABBA (33A: Bishop's title in the Coptic Church) and OPERASERIA (4D: Work not of the buffa style) cross. I went with the French ABBe, and "Opera Serie" seemed like plausible French as well, but "buffa," I see, should have indicated Italian. Oh well... tough cross.

1A: Mitch who wrote the best seller "The Five People You Meet in Heaven" (ALBOM) gets a C-. Don't read, don't believe in Heaven. My first confident answer was PEEPER (11A: Tree frog with a distinctive call).

So meh from me. The unchecked word was rather bluntly clued, and I guess the puzzles hidden charms remained sealed off from me.

p.s. I chose the photo of Harold Ramis that I thought looked most like Colum. :)
Posted by Horace Fawley at 2:53 PM