An odd, rhyming theme today, with a pentad of absurd "possessive country" combinations. TOGOSLOGOS (15A: Commercial symbols in Lomé), which is interesting for exposing many of us to the capital city of Togo, and YEMENSLEMONS (19A: Basis of a refreshing Mideast beverage?), which may or may not be interesting because of the existence of a fruit called the Yemenite citron, which contains no juice vesicles in its segments. Sooo.... not that refreshing a beverage. FRANCESDANCES (36A: Gavotte, minuet and cancan?) is probably my favorite of the answers, both for its reference to France and its alternate reading of "Frances dances," ("Actress McDormand does a slow waltz?"). 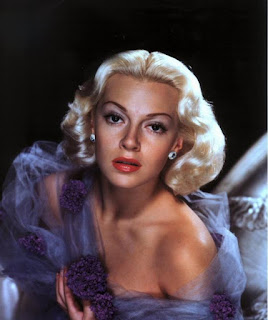 Another odd feature of this grid is that below the top and above the bottom theme answers, we have a non-theme answer of the exact same length. ALLOSAURUS (18A: Reptile at the top of the Jurassic food chain) is a nice answer. When I was little, I would pit the allosaurus figurine against a t-rex, and when I read this clue I wondered how allosaurus had been declared the top of the food chain, but in reality, the two animals were not on earth at the same time. Ol' T-Rexy wouldn't show up for nearly 100 million years after the last allosaurus keeled over. Still, had they been able to fight, I think the T-Rex would have won.

So anyway... Looking around the grid, I see such colorful answers as SNEEZY, CRIMESPREES, MOUSY, and INNERBEAUTY. And I like the multiple-word entries like ISAYSO, INHERE, TINEAR, and TOPHAT. Those are always slightly more difficult for me to see. I also see bits of glue, like ANIL, AMBI, THOS, and ACA, but overall, I give this odd duck a thumbs up.

INCH (1A: Tailor's unit) I give a C+. I tried "yard" at first, and its incorrectness made EBOLA (5A: African virus) my first correct entry.

Before I go, I'd like to thank Colum for a very entertaining month of puzzle reviews. To me, it really felt like he was firing on all cylinders most of the time. Here's hoping I can step up my game to continue that kind of quality. And maybe, just maybe, we'll get Frannie back in December.