Another African capital learned today, N'Djamena, CHAD, but it was not my first entry - that was JAM (9A: Printer problem). I give 1A a B for geographic reasons. Off of CHAD, however, we get one fine answer, CROWN (1D: Feature of the Budweiser logo), and three slightly obscure answers, HATHA (2D: Kind of yoga), ARBYS (3D: "We have the meats" chain), and DESICA (4D: "Two Women" director). Why do we get these? Because the first part of the theme starts with "whyi:" WHYISARAVENLIKE AWRITINGDESK? 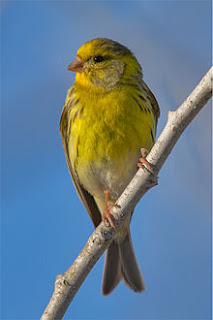 I read Alice in Wonderland and loved it, but I did not remember this riddle, which is apparently quite famous. Googling it brings up a lot, including this puzzle's given answer, BECAUSEPOEWROTE ONBOTHOFTHEM, which was (without the final "of them") the creation of Sam Loyd, a man once called "America's greatest puzzler" by Scientific American. He is also credited with this alternate answer: "Because the notes for which they are noted are not noted for being musical notes." Not bad, but harder, perhaps, to squeeze into a 15x15 grid.

So there's the theme. Quote answers are often opaque, and not our favorites, but the inclusion of the "Mad Hatter riddle" detail might have been enough for some solvers. Not for me.

The fill strains in several areas, with NOGS, AOK, SWEE, and SURER. The cross of TEENER (49A: Typical user of a transistor radio) (really??) and ERAGON (27D: First novel in Christopher Paolini's Inheritance Cycle) was my last square, and I wouldn't be surprised if others finished there, too. TEENER?! Sure, I put a transistor under my pillow so I could listen to the ballgames back in the '70s, but has any other teenager used a transistor radio in the past decade? Would any know how to operate one?...

Still, I liked the riddle and its answer, and I enjoyed MILKDUD (I'm still working through that Halloween candy!), TEACOZY (Could, perhaps, have been tied to the theme), DEMEAN (tried "DEMote"), and a few other bits. On balance, thumbs up.