Beautifully thick corners today smash into each other in the center. There, the horizontals are broken up, but two nice vertical pins - FLATRATEBOX (7D: U.S.P.S. option advertised with the slogan "If it fits, it ships" and STREETSMART (21D: Not going by the book?) hold it together nicely. Not the most exciting entries, maybe, but certainly acceptable. 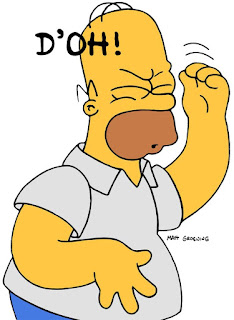 But let's get back to those corners. With the possible exceptions of TIRO (25A: Cicero's longtime servant and scribe), ANTA (37A: Nonprofit Broadway production grp.) (maybe more well-known by those in NYC), and TYNE (8D: Northumberland river), the fill was all good, and sometimes great. Take, for example STARDATE (31D: Enterprise standard). That's an excellent clue for a fun answer. And in that same SW we get SCABBARD (28D: Blade holder), ULTERIOR (30D: Intentionally hidden), and the ever-popular trivia, MONROVIA (29D: Only African capital named after a U.S. president). That's a quality stack!

1A: Take stock? (SHOPLIFT) gets an A-. The deduction is for the question mark. It's Saturday! Why must they cheapen these great clues?! Another such was 52A: Conservationist's field? (PRESERVE). Boy was that a tough one! I so wanted "preservation," but the making of preserves is also a method of conservation... well, ok. Maybe that question mark is more justified, but I still think on Saturday we could live without it.

ICECAP (19A: Martian feature) was tricky, MARINERS (50A: Other than the Nationals, only current Major League Baseball team never to have played in a World Series) was interesting trivia, and COHERER (36D: Device used to detect radio waves) could have been any old word. The only way it was getting entered by me was by getting all the crosses, which, fortunately, I could do.

A quality grid, and an enthusiastic thumbs up.