As you see, this took me some time to puzzle out. The double, top-to-bottom fifteens in the east and west left some big holes in my grid for quite a while, especially AMATEURFOOTBALL and MISAPPROPRIATES.

In addition to the challenging monster stacks, there was a clever theme. We get four "Foolish" clues with answers arranged INANE - when that word is read as three words - and that word is also another meaning of foolish. The clues are the same, but we get five different meanings of foolish, four of which have the same number of letters to boot! I put INANE it two places before getting it right. It comes down to some excellent cluing that takes advantage of multiple possible meanings. Figuring out the right one is one of the great joys of puzzle doing. This grid is full of similar examples:
20A. Ran (LED)
26A. Off (DOIN)
40D. Off (STRANGE)
32A. Slips (ERRS)
58A. Simple (MERE)
8D. Hunted (PREY)

And last but not least, the one that almost tripped me up. I had completed all but one square - the cross between 4D. Biblical mount and 17A. Some paperwork: (Abbr.) and thought I was going to have have to guess at it, but I feared a FWOE. I said to myself, "'Some paperwork'" has got to be LTRS, doesn't it? But I don't remember a Mount Ass in the bible - at least not in the King James version. In telling Horace about my dilemma, I re-read the clue and finally noticed there was no capital and I was able to settle on ASS, Phew, no FWOE! 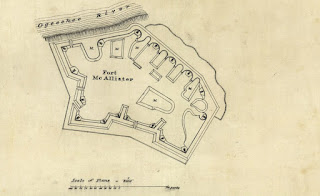 If you ASKME, there were a few bland abbreviations NES, SRS, ATT, but nothing bad enough that one would need to HIE oneself to hell for shame about it. :)