I'm doing a HOTTAKE (love that expression!) on the puzzle today by live blogging as Horace solves the puzzle on the couch near by. I got up rather early today and in a rare turn of events, finished the puzzle before Horace, so I can listen and take notes as he solves.

At 47. Lover of history? we get, "I feel I'll know who it is when I get a few more crosses." Several O names were mentioned in rapid succession, but almost as quickly abandoned. Stay tuned...

54A. Repeated lyric from the Who (SEEME) predictably irritated Horace, who, for some reason, never cared for that particular rock opera.

Now we have an eeeuw from Horace for 34A. Insect that's born pregnant (APHID). I agree that there's a lot that's unpleasant about both clue and answer.

"Oh, Jesus," said appreciatively in re: course about courses (HOMEEC).

51D. (VAS) gets another expression of dismay. When I did the puzzle, I thought it was going to be sac, one of my least favorite three-letter fillers. Vas is slightly better.

Big finish down in the south east where it turns out that Lover of history is OLDFLAME - an excellent play on words. 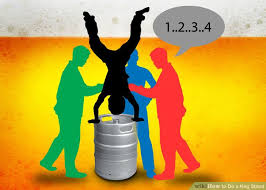 After Horace completed the grid, we reviewed some of the other entries.

Doddery and SPRY (44A) are nice opposites.

Frannie asks who is Durocher and who is OTT? According to Horace this is a vintage sports reference.

Overall, a robust puzzle with only one clunker (2D. There's not a LOTI can do"),

~Frannie
Posted by Frances Page at 8:25 AM