I couldn't finish the puzzle this morning before this GIRL had to get GONE to work. I picked it up again after a two-cocktail dinner to celebrate Horace's birthday. Being ABIT tipsy seemed to help and I quickly made great strides, but I still got stuck in two places. I didn't know the Famed deli seen in Woody Allen's "Manhattan" or the __cards (tools used in ESP testing). I really wished I had ESP because the letter was not coming to me from my own brain. In the end, I did get it from another source. Horace, sitting near by, told me it was Z. My last remaining problem square was the cross at Capital of Swaziland and What may keep a model's weight down? When I said as much to Horace and he revealed that the model clue referred to a different kind of model, which gave it away. But, I suppose it was for the best or I might not be writing the review even now.

In re: BALSAMIC, I didn't love this theme. I like a MICDROP as much as the next guy, but I would rather have seen theme answers with the letters MIC dropped out instead of dropped in. I did find the way the answer words were transformed by the addition of MIC rather fascinating. There were a few KTWO moments, with COMICAL in particular. It's perfectly cromulent, but because I started with COAL, I read the theme answer as co-mike-al and almost rejected it as a non-word, but then realized it is a word. Favorite-wise, I'm split between POLEMIC and FORMICA. Going from POLE to POLEMIC is cool, but FORMICA is a pretty good word.

Also, how about the throw back to "Baby IMA Want You"? 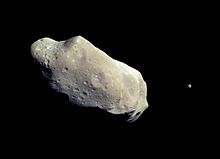 Stuff that was a little SPACY for me:
Kicking off the puzzle with Hosp. procedure (MRI) at 1A - lame.
Visiting the nation's capital, for short (INDC) - impolitic.
Start of a Beatles title (OBLA) - blah.