Yesterday I couldn't parse the game "Go" out of an answer, and today I don't know what expressions they're referencing with 35- and 37-Across. Jeff Chen on xwordinfo.com thinks that "killing two birds with one stone" could be the inspiration, but the "stones" (ONYX & OPAL) only "kill" (by crossing) one bird each, the MARTIN and the HAWK. The WREN and the HEN are left free to fly away. Additionally, SONYEXPERIA (5D: Line of Japanese smartphones) and BAMBOOPALM (27D: Tropical houseplant) do nothing for me. I don't own a smartphone and I have a black thumb where houseplants are concerned. Consequently, I had never heard of either answer before. Not that that matters, necessarily. I have heard of Mr. PIBB (but not PIBB Extra), and the band KORN, and probably lots of other solvers didn't know those. Or maybe they did... what do I know? 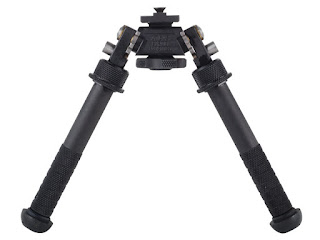 All that grousing aside, I'm not going to fly off the perch about it. I was limed early on by such fine answers as RUMRAISIN (1D: Popular [!] ice cream flavor) and SPARETIRE (2D: Little extra poundage). And in the opposite corner are caged POLEDANCE (33D: Performance that requires a lot of upper body strength) and SNOWANGEL (34D: Figure whose wings melt in the sun). I like how Mr. Agard works the blue material in the former, and the bird material in the latter.

1A: Say "Yeah, I can make it," say (RSVP) - C+. The plus is for French, and the odd repetition of the word "say" in the clue.
Favorite: 62A: Half of a two-volume directory (ATOM). It's surprising, because ATOM is a perfectly normal word, and sometimes surprising is all it takes. See also: 58A: Nursery item (TREE). I had "crib" in there for quite a while!
Least: 57D: Two-nation peninsula: Abbr. (KOR)

Decorates with some rolls, for short (TPS) was fun, and 30A: It uses clicks in lieu of paddles (EBAY) was tricky. It took me a long time to think of auction paddles! And 18D: It often occurs following a car wash, seemingly (RAIN) made me chuckle. But seriously, why wash your car? About twenty years ago I met a guy who argued against it as a total waste of time, resources, and money, and I had no rebuttal, so from pretty much that moment, we have never washed our car. Sure, I guess if I ran through deep mud I might consider hosing it off, but pay to drive through those brushes? No thank you.

So anyway, this was a disappointing Thursday puzzle for me. The theme made no sense, and it was over very quickly. Onward to the remainder of the Turn!