Today's central square is a HAT. Looking at it now, it's a rather tidy theme, where all four answers either beginning or ending at that square use it as if it were the letters HAT, and all of them span the length out to the edge of the grid. The revealer, found in the final Across answer, is BLACKHAT. Fine, I guess, but kind of lackluster. The expression CHEWONT[HAT] is good, but YOUDIDW[HAT] is less exciting. And, perhaps somewhat ironically, I like the term [HAT]CHETJOB, but dislike [HAT]EMONGER. 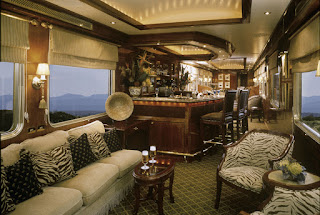 Outside of the theme, though, there's other good material to enjoy. I never thought enough about "Psycho" to understand that Norman Bates and his mother represented ALTEREGOs. Is that right? Or was Norman just crazy? Wasn't his mother dead? What kind of ego is that? Maybe it's been too long since I've seen it for me to know what I'm talking about...

In other old references, we've got the interesting "11D: Animal that shares its name with a king of Thrace in the "Iliad" (RHESUS), and OLDLATIN (64A: Language of the pre-Roman Empire). As if Latin weren't old enough... heh. Oh, and then there's DESOTO (50A: Onetime division of the Chrysler Corporation), officially dropped in 1960, and the "Nattering nabobs" speech delivered by AGNEW in 1969. I have no problem with any of these answers, mind you, I just like grouping them together.

I'm not sure I agree that LACY is a direct equivalent of "Frilly," but there's not a whole lot else to complain about. I suppose I could call out AGUE, which is seeing something of a resurgence lately (... it is still cold and flu season...) or PEEKIN (63A: Have a quick look-see, say) which seems rather contrived, but really, it's pretty clean. I don't even mind SAYAH (45A: Request during a physical checkup). I just wish there had been something more to the theme... but at least we got a little trick, so that's nice.