Well, I'm conflicted about this one. On the one hand, I tore through it, but on the other, I had to spend a minute or so looking for an error at the end. As it turns out, I never even read the clue for 53D: "Assistant to millions" (SIRI). Once I found it, I could tell right away that iIRI wasn't right, but when I'm solving on paper a week from today, will I take the time to check everything before raising my hand?! And to make matters worse, I knew I was making a guess when I entered CiA as the "Grp. with the motto 'Deo vindice.'" I should have known better. The CIA didn't go with Latin at all. Theirs is "The Work of a Nation. The Center of Intelligence." Wow. "The Center of Intelligence" came up with that for a logo? End of Empire, people. That's what we are hurtling toward.

Anyway, the motto of my story is - check the crosses! Especially when you're making a guess! 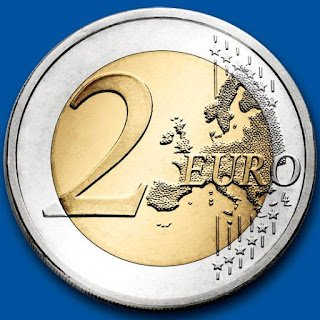 Loved seeing ICEAGES at 1A today, and I hope my Dad actually took a look at it, because as a Quaternary geologist, he, too, might have gotten off to a quick start. (I actually guessed ICEcapS at first, which, I argue, could also have been the answer - if not for the crosses! :) )

I can only blame my complete lack of news intake over the past many years for being so confused about "16A: Boxer who retired in 2017." For a while, before I got ICBM, I thought "I know nothing about boxing... I might have to take a DNF!" Then even when I did think of the missiles, I still thought that BARBARA might just be a Hispanic last name that I was not familiar with. Turns out, both boxing and politics are things beyond my KEN. They were talking about Barbara Boxer, longtime California politician, whose slogan, incidentally, when running for the US House was "Barbara Boxer Gives a Damn." Now that's a motto!

Another big surprise for me today was learning that AMENCORNER is actually a church thing. I thought it was only at the Masters!


Not much that really stood out to me in this oversized grid (second one this week!), but I'm guessing that PSYCHEDELICMUSIC was the seed entry, as it is the reason for the extra squares. Overall, I will hopefully take away a valuable lesson from this puzzle, and that's good enough for me.