A vertical theme today, with four multi-word phrases, each led by a word that can precede the word "button." If I had to choose a favorite, it would be the central grid-spanner, BELLYUPTOTHEBAR (6D: *Go order a drink). If I had a nickel for every time I found myself in that situation, I'd have quite a few nickels. Come to think of it, that central entry can be tied to the other three - as a possible reaction to either a SNOOZEFEST or a PANICATTACK, and as a possible precursor to ending up slurring the phrase LIKEYOUKNOW! Ahh, good ol' alcohol, "the cause of, and solution to, all of life's problems." 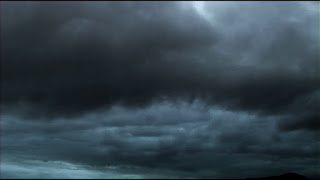 I thought it interesting that two somewhat obscure names were symmetrical today - HELGA (14A: Frequent Andrew Wyeth model) and OCCAM (64A: Creator of a logical "razor"). The other, even more obscure name was lodged over in the SE corner - ELEA (58D: Philosopher Zeno of ____). I think that cross with PEWEE (65A: Bird in the flycatcher family) might be a bit of a guess for some solvers.

Kind of noisy up top, what with TOOTED, BEEP, ZAP, and EEKS... and believe it or not, I loved the clue for ZERO, which I will not reproduce here. I didn't know it, but enjoyed figuring it out with no math whatsoever! :)

I dropped in aVa instead of EVE (15A: Palindromic woman's name), sass instead of EDGE (58A: Lip) (Good clue!), and gasp instead of SLAP (54D: Nonverbal response to an insult), all of which (and probably other things) led to a slightly slower-than-normal Tuesday time for me. I hope your solve went more smoothly.