A solid Saturday. DASHIT ("Phooey!") is a phrase that probably deserves a comeback. DRIVEL and its clue, claptrap, are both great words. TIN CAN is always amusing, and DELIS (Establishments whose products might be described by this answer + H) gets a convolutedly clever clue. 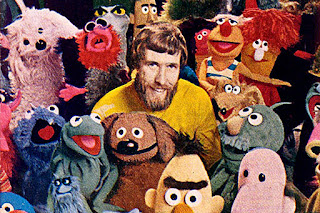 DAD (____ joke (total groaner)) just begs for an example, doesn't it? Well then, what do you call a person with no body and no nose? Nobody knows. Badumpbump.

SMITE (Off in biblical lands?) was lovely ("Off" meaning "to kill"), and INEXPERT (Amateurish) was fun. Drop TROU was hilarious.

The staggered central trio was very strong (anybody else watch the BBC show, W1A?). HAWAIIANSHIRT (Top of a Pacific island chain) (Top = shirt) was clever, CATEBLANCHETT (Only person to win an Oscar for playing an Oscar-winning actress) won the oscar for playing Katharine Hepburn in The Aviator, and MICHELINGUIDE (Book of stars?) was a bit of a stretch, perhaps, but I'll allow it.

Good entries were everywhere. I just had a little trouble in the SW because I didn't know MIDRASH (Hebrew scripture commentary) or ASHMAN ("The Little Mermaid" lyricist Howard), and I wasn't expecting STOPGO (Congested, in a way). I've never said it (or heard it said) without the "and" in the middle. Also, I'm not sure how I feel about SPRANG (Busted out of jail). I wanted "sprung" there, but I suppose it doesn't much matter. They're both kinda junky.