A fun puzzle with a surprising theme AND a number! What more can one ask for on a Friday morning? And how fun was it finding the full OREOCOOKIE (Snack item from Nabisco) in there? 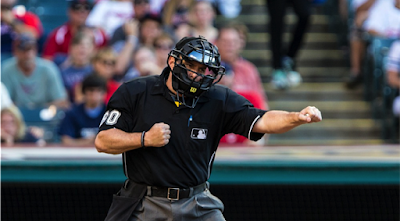 I had a little trouble up in the North. I kept thinking they wanted "Class of 'one's own'" or something like that for 5A: Person in a "Class of ..." (ALUM), but it's really just "Class of" anything, because that means they graduated. And 5D: Bills no more (ACTS), refers to bills that become ACTS in the government! Sheesh. Anyway, I thought of bills, once paid, becoming receipts, so I entered RCTS, even though A. that isn't really an abbreviation for receipts, and B. rLUM isn't anything. And C. the clue didn't call for an abbreviation! Ah well...

I was a little worried when things started up with ANIL (Blue dye), but things got better.  INCOGNITO (Undercover), HARDNOSED (Unsentimental), DOSIDO (Barn dance call), CORIOLIS (Kind of force generated by the earth's rotation), BROCADE (Kimono fabric), and MARDI (French day named after the Roman god of war) were all good. And C3PO (Sci-fi character who claims fluency in more than six million forms of communication) was fun, and helped a lot with the number. ESSES (Trouble for Sylvester the Cat), while not exactly a desirable entry, was justified and then some by the clue. Hah!

Thumbs up from this quarter.

p.s. Did we ever come up with a name for the kind of clue used for WIRETAP (Listen here!)?