Whew! That was a tough one for ME, especially the SE corner. OCCASIONED (Brought about) and FRAUDULENT (Like kited checks) are both excellent entries with good clues, but I had erroneously entered "asap" for "A mile a minute, e.g." (RATE) (this was changed sometime after I got ASAP (Pronto) on the other side), and it took me a long time to read "Completely behind" properly (ALLFOR)... I did not know PANTOMI[ME]QUIZ (1949 (first winner)), and for a while I had "robots" instead of DROIDS (Futuristic assistants) too...  so things took a while to get sorted out. One thing I did have, surprisingly, was ENS (Half of nine?). This time, the clue was so impossible that it forced me to look for a trick solution. 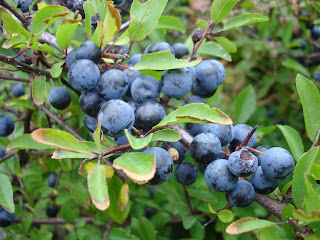 So it's kind of a double trick theme. First, there's the cluing with just dates, like "2008, 2009, 2010, 2011" (MAD[ME]N) (on this one, I first tried "Obama," thinking that it was kind of an odd way to signify his first term), and then there's the "ME" (or Emmy) rebus. Very nice. Of course, it would have been slightly more exciting for me had I ever watched a single episode of any of these shows, but still, I guess I have heard of them. Well, except, as I said, for the first winner. ... Actually, maybe I have heard of that too! Frannie was just telling me that she found a video somewhere showing the cast of "Perry Mason" playing charades... maybe this was a later episode of PANTOMI[ME]QUIZ!?

It was Missouri that broke the rebus for me, with SHOW[ME]STATE, and that allowed me to correct "strIvE" to ASPIRE (Have goals) (so many false starts today!), but it took me a lot longer to understand that it was all about TV shows.

I have a question about 37D: Chain letters? (SANDM). Is this supposed to be about sadomasochism? If so, chains seem rather a long way to go. Perhaps I'm showing my naïveté, but isn't it usually softer restraint material? Rope maybe? Or is there a chain store that I am not aware of called "S and M,"  -  maybe a competitor of "H&M?"

In all, a good, tricky, challenging Thursday. Thumbs up!