Today's theme gives us common phrases that contain Greek letters. The Greek letters within the phrases intersect with each other creating a GREEKCROSS ("Religious symbol representing a plus sign...or a hint to the three groups of shaded squares in this puzzle"). I note that all the Greek letters cross word boundaries in the phrases they occupy, which is always a feather in a constructor's kappa.

While I thought the phrases were solid entries, with my favorite pair being FREEZETAG and RIOTACT, the look of the crosses themselves vexed me omicron. The one that most matched the clue was the 5/5 pair in the southwest OMEGA/THETA. That one delivers. The other two pairs do cross, but they don't really exemplify the plus sign descriptor, which I thought was a little lambda.

I was off my gamma a bit today. I got held up for at least two full minutes in the bottom center. I know because I checked the clock when I had filled in all but one square of the puzzle. I had what appeared to be a Natick at the cross between 57A "Spanish liqueur" and 40D "Leatherneck." With a psi, I mentioned my state of stuck to Horace and he said, "I beta you have the same mistake I had in that section." Based on this hint, I took out all the crosses for 40D and carefully reconsidered each answer. And Eureka! I found the problem at 55A. For "Set in direct opposition to" I had confidently answered PuTAGAINST, but on further consideration, I realized it could also be (and was) PITAGAINST. With that I in place, I finally saw MARINE for "Leatherneck," saving myself from a FWOE. Phew!

I enjoyed the GROANER, "'I started a boat-building business in my attic ... Now sails are going through the roof,' e.g." - ha! I also thought the two "It's fixed when it's flat" clues were fun, calling in one case for TIRE, and in the other for FEE. LEADAPRONS struck me as nu fill I'd never seen before. I also straight up enjoyed SKEINS, PRANKS, and HERETIC. 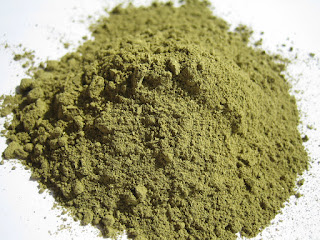 I think Mr. Guzzetta deltas omega dose of abbreviations and partials in the grid, including SPCA, RSVP, SECY, SEC, PPM, MPH, YEO, and EKG, which brought about a momentary mu.

Also, for me, the trio of Kirk ALYN, Lena OLIN, and ANSE ("Addie's husband in 'As I Lay Dying'") were something of a tau order for a Tuesday, but, as they weren't involved in my upsilon, perhaps it doesn't sigmafy.