ON THE UP AND UP

Seven examples today of expressions containing the word "up," where that word is shown rather than included by having the preceding word go "up" in the grid. Difficult to describe, but once SUSSEDOUT, pretty easy to solve. And the words going up also spell a word going down, so it makes for a tidy theme. The first example is probably my favorite - KEEP[UP]APPEARANCES (Maintain the impression of well-being), but they're all pretty good. STEP[UP]TRANSFORMERS (Voltage-increasing electrical device) and REVERSEPHONELOOK[UP] (Method for identifying mystery callers) are a bit obscure, but I think most people will have heard of them. 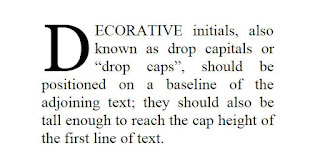 I enjoyed CATARACTS (Large waterfalls), and BEERGARDENS (Oktoberfest locales) in the long, bonus Down spots. PRESSPASSES (Door openers for journalists) got a good clue, and it was interesting to learn that Ellen DEGENERES has nearly hit for the cycle on the hosting front. What would the fourth one be... the Tonys?

I think I've most often heard about torn ACLs rather than a TORNMCL, but luckily, "Losing Super Bowl LIII team" (RAMS) was a gimme for this New England football fan. I wasn't quite so sure about the spelling of BRAISE (Prepare, as pot roast), and LISA (Lopes of R&B's TLC) could as easily have been Liza, for all I knew...

REROSE (Got up again) is pretty iffy, and I'm not sure I like seeing international criminals included in the grid (ELCHAPO), but I liked the theme all right.

Posted by Horace Fawley at 2:08 PM