JUSTFORTHERECORD, it's not often that we see a Monday clue starting with the word "Adjudicator," as in "Adjudicator of an attempt at a physical feat, say" (GUINNESSOFFICIAL), but we take it in stride in the service of a good puzzle, just as we do the classic ANIL (Deep blue dye) and ETTU (Question to a betrayer). 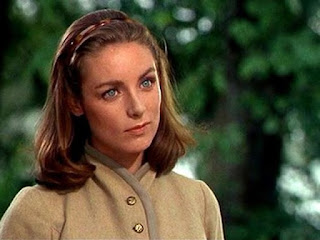 I will not be that betrayer today, because I enjoyed this one. The three "record" allusions are perfectly fine, and there are some fun extras too. "Early birds?" could describe Frannie and me this morning, as we slowly adapt to our time-zone conversion, but it could also - more amusingly - describe EGGS. Hah! And the clue for ORCA (Whale found in every one of the world's oceans) is some fun trivia. It would be more amazing if all the oceans weren't really one large body of water, but sure, I know there are different climates and all that. :)

There are nice long bonuses in PRIDEMONTH, UBERMENSCH (although Nietzsche himself is nobody's ideal man anymore, right?), and CARPACCIO (Dish of thinly sliced raw meat). (That last, by the way, was a specialty of the Piedmont region in Italy that neither of us tried.) BRETHREN and INFLIGHT, too, were good. A few old-timey names like HUBERT, RITA, and ALLIE, but nothing too objectionable. Overall, a good start to the week!

p.s. Congratulations on your debut, Ms. Rafkin!
Posted by Horace Fawley at 6:50 AM