I caught on to today's rebus when I got to the revealer at 61A "It's usually presented in a small box, as seen six times in this puzzle's answer." I had enough crosses to see ENGAGEMENT, and this being a Thursday and all, I correctly surmised that the final square, or small box, would hold the [RING]. My favorite crossed pair was C[RING]EWORTHY / P[RING]LE. I stared at P_LE for "Snack in a stack" for quite some time before realizing it had to be another of the rebus squares. SY[RING]E and ALLU[RING] are also very good. It seems to e that the puzzle square as a box works well for a rebus theme. There's probably already been a [JACK] in the box puzzle. However, maybe not every blank in a box is a good fit for the NTYX.

Seeing SUSSUDIO (1985 Phil Collins hit with an improvised title) in the grid brought me back a few decades. I'm not sure I ever knew how to spell that ; I was somewhat surprised by the double S. I enjoyed the other blast from the musical past in the grid, DRHOOK. The clue doesn't mention my favorite of their songs, "Cover of the Rolling Stone," possibly because, according to the Wikipedia, that song came out when the band was called Dr. Hook & the Medicine Show, which is an unsuitable match for the grid, in this case.

I liked STIR for "Kindle" and ONTAP for "Draft classification." At work, people said they enjoyed "Fabled slacker" (HARE). HARASS, THRUM, and NITRO are fine fill. MEATCASE is funny. Nobody likes a CYST. 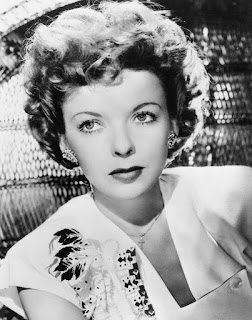 I thought the puzzle didn't get off to the strongest start with ISPS. It reminded me of when we here at "Horace and Frances Discuss the New York Times Crossword Puzzle Featuring Colum Amory" used to assign a grade to the 1A puzzle entry. This one gets a USC. Which brings me to another point. I won't carillon about it, but there were rather a lot of abbreviations in the grid (DES, GER, OPE, SNO, STR, USB, UTE). Maybe they all lost their better half.