Here's what I learned from today's crossword, that Monday is the first day of the week. Officially! Wonder no more about the Sunday/Monday controversy. According to ISO 8601, it is Monday. Case closed. And just as the United States abides by ISO 31-1 (measurement standards), we abide by ISO 8601. Well ... at least we do here at HAFDTNYTCPFCA, and apparently they do at the NYTX too.

It makes sense, then, that this commemorative week of puzzles created by women to mark the first full week of Women's History Month should start on Monday.

Anyway, today it's Andrea Carla Michaels, and I can't help but wonder whether her puzzle has a hidden message about how much she thinks Women's History Month means to most Americans. I hope it's not true, but then, I hope a lot of things. 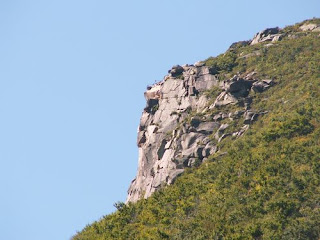 I was not previously aware of SQUATJUMPS. We used to do "squat thrusts" in grade school, but I watched a video just now and SQUATJUMPS are not at all the same thing. Seems like they'd be great for toning up the legs, but I'm not sure my knees would enjoy them. Or even tolerate them.

I was happy to see my preferred spelling of my non-preferred system of government, CZAR, in the grid today. All you CZAR-SYMPATHIZERs SNAPOUTOFIT!

I wouldn't know LAMAR ODOM from ZEROMOSTEL, but IDO know who Greg LEMOND is! Kind of sad, though, that I'm ending this review with the names of three men. I look forward to more female-constructed puzzles for the rest of this week, and, hopefully, for the rest of time.

Posted by Horace Fawley at 9:44 PM