Three clues in today's puzzle appear to call for some very specific geographic knowledge including an historic town in Hungary noted for its baroque architecture, the left tributary of the Vitim River in Irkutsk Oblast, Russia, and the village between Kruszyna and Jacków in Silesian Voivodeship, Poland. In place of the geographic names, the answers are, from top to bottom, AREYOUKIDDINGME, WHOTHEHELLKNOWS, and IHAVENTGOTACLUE - answers I've thought in my head a hundred times, but they've never been correct before now. Ha!

I didn't clap on to the alternative answers right off the BAT. When I read the first clue, I found myself hoping that the down answers would reveal the name of a place that I didn't know I knew, if you see what I mean. When I got to the second clue, though, I thought, uh oh, I'm never going to get this one. When I got to the third clue, I thought I had figured out the trick - the answers were going to be a place or river name but they were going to sound like a recognizable phrase. Wrong. After filling in a bunch of the downs in the bottom third of the grid, the correct answer became clear, and then the other two answers came in pretty quickly.

I was curious about what the correct geographic answers to the clues might be, so I did a little research. The location referred to in the first clue appears to be a city called Pàpa. The left tributary of the Vitim River (if I understand what left means in this context?) appears to be Mama, and the village in Poland (pop. 305) seems to be called Baby.  April Fool's joke, or Easter egg? You be the judge. However it was intended, I loved it. Highly entertaining! 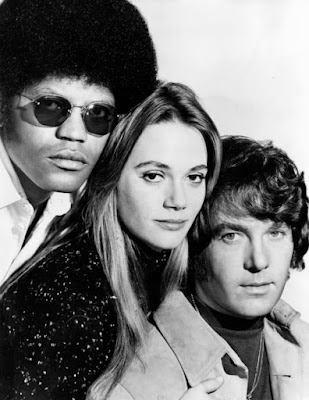 The theme is not all there is to like in this puzzle. The term WIDOW for "Short line at the top of a column, in typesetting" was interesting and NEWTO me. I liked HOPON for "Board a moving vehicle. "Doozy" and LULU are both fun. And who doesn't enjoy a reference to "Scotty's domain on the U.S.S. Enterprise" (ENGINEROOM)?

Other clue answer pairs that get a BIGA from me are:
"One thing ... or a twosome" (ITEM)
"Like Gruyère or Grandpa" (AGED)
"Idiots" (YOYOS)
"What the Lord sometimes does, in a classical expression" (TAKETH)
"Where fruit picking originated" (EDEN) - some creative cluing for an old chestnut. Speaking of old chestnuts, EELS shows up today, too ("Serpentine swimmers"). I wonder what the total number of clue variants for these two crossword darlings is.

On the BLIP side, I'll admit I have a thing against AGIN and the plural IRES gives me fits, but these complaints are trifles because this puzzle is a real LOL. Can I get some AMENS?