Kind of a cute theme today that I didn't understand at all until I hit the revealer - even though I had completely filled two of the three theme answers! I noticed that "IM" appeared to be missing from my answers, but I thought there'd be some explanation using "instant messaging" or something. When I got the revealer, I saw that the word time was slightly "wrinkled," popping up into the row above in each answer. Very nice. 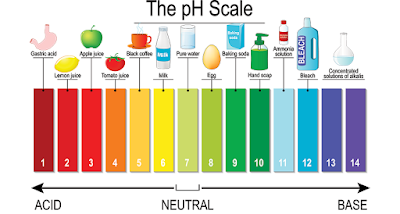 Another aspect of the theme may be the SENT[IM]ENTALVALUE of some old crossword answers oft seen ERE NOW. It's been a while since ESME (Salinger title girl) or ODIE (Jon Arbuckle's dog) made an appearance, and I'm guessing my father got MORT[IM]ERMOUSE (*Mickey's rival for Minnie's affection) more quickly than I did! MINIME (Dr. Evil's little clone in the "Austin Powers" films) feels positively fresh compared to the two Latin abbreviations and the Shakespearean DIDST.

But speaking of the Latin, especially mens REA, it ties in nicely with my favorite clue today: "It can be broken, but not fixed" (LAW). That's a new clue, as far as I can tell, for that simple little word, and it's really quite lovely.

I think today IVE got to be a little LAX, and overlook many a NIT, like the two "hypen" clues: ESE (-speak) and IES (-y, pluralized) (wow); the never-before-seen-by-me alternative spelling of Shiva (Hindu god of destruction (SIVA)); WAL; and EWERS (another classic!).

I'll not get SORE. Instead, I'll make myself a COSMO or grab one of the CLARETS from the cellar (alcohol - that PANACEA), take ASEAT, and listen to some ELLA.

By the way, somewhat appropriately, my mistake came from not taking my time - I misspelled CIERA with an S, and guessed tMEN instead of GMEN for "Feds." It wasn't too hard to find what went wrong when 1A appeared as IsINtS, but really, I should have allowed for a little wrinkle in my solving time and reviewed the puzzle before filling it all the way in! I guess this would be a good time to make one more call for a "Finished" button that we could press instead of just being judged immediately upon filling in the last square. I've always thought this would be more like the "raising your hand when you're sure you're done" feeling at the ACPT. So how 'bout it?

Posted by Horace Fawley at 9:45 AM