I like the chunky 7/9-stack corners in the NW and SE, and the 5/7 stacks in the other corners, and the diagonal through the middle is attractive too. In short, I like the look of the grid. So that was a good start right off the bat. Did the content hold up once the grid was filled in? Well, yes. Yes it did. 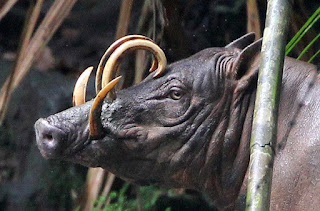 I loved that it started with LETSDANCE (Words that might accompany an outstretched hand). It's such a great intro for a Friday puzzle, and it set a nice "conversational" tone for the whole puzzle. IMONAROLL ("Look at me go!"), NOWORRIES ("You're good"), UPTOYOU ("I'm good with whatever"), YOW ("That smarts!"), YEAH ("Think so?"), WHOLEHOG (Full throttle), WHOA (Cousin of "OMG!"), HEREWEARE (Line upon arrival), EASYASPIE (Like a cakewalk), and PRESSSEND (Stop tinkering with an email). That's a lot of conversational entries and "quote clues," but I kind of like them all, and I like them more in this mass grouping. And I'll throw in ITSME (Response to "Who's there?" that may be unhelpful) ASWELL. This response is particularly annoying to me when I answer the phone. (Yes, I still answer the phone, and even though there are only about three people who actually call me, and only one who says ITSME when I answer, it still rubs me the wrong way.)

So that's all good. I also like 1D-Ancient undeciphered writing system. When "Etruscan" didn't fit, I dropped in "LINEAR_" because I couldn't immediately remember which one had been worked out.

SCRAWLS (Chicken scratchings, say) is nice, AVERSE (Opposed) is a good word, and who doesn't like SEAWEED? For my money, this was a quality Friday offering.

Posted by Horace Fawley at 3:18 PM