Sometimes a nice simple theme can be comforting. Then again, maybe everything is more comforting these days, now that we feel slightly more hopeful about the fate of the country. (But we're not political here.) 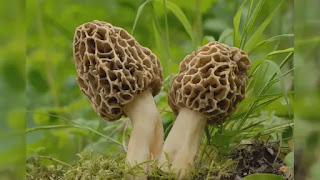 Today's vowel progression theme (or "vowel movement," as Jeff Chen so delicately put it on his blog), includes five entries that begin with P_LL, where the blank is filled in with the five vowels in alphabetical order. Nice and tidy. And speaking of "tidy" (anybody else here watch "Gavin and Stacey"?), maybe someone in WALES could come up with a word that begins with "pyll." But then, that probably wouldn't be accepted on a Monday ...

Anyhoo, although I enjoy a good vowel progression as much as the next nerd, none of these theme entries was very exciting. Many, in fact, are somewhat off-putting. PALLBEARER (Raiser of the dead?) got a great clue, but still ... and who wants to think about a PILLBUG? If you ask me, it's still too soon after 2016, never mind last week, to talk about a POLLTAKER, and if there's one thing I absolutely hate about modern layout practices, it is PULLQUOTES. Why, when reading an article, must I be forced to read certain portions twice? Thankfully, the only magazines I read with any regularity (The New Yorker, Massachusetts Wildlife, and World of Games) do not use PULLQUOTES.

Why, when reading an article, must I be forced to read certain portions twice?

In the "things I doubt my father will know today," I will include RAPPELS (Comes down a mountain, in a way), LEDE (Start of a newspaper article, in journalese) (is there a good reason that "journalese" prefers an apparently misspelled four-letter version of the four-letter word "lead?" What am I missing?), REY (Singer Lana Del ____), and possibly ELLENPAGE (Best Actress nominee for "Juno"), although I think he might have actually seen that movie, so maybe he will remember her. Oh, and maybe COCKAPOO (Mixed-breed dog that's part spaniel). How 'bout it, Dad - did I guess correctly?

Posted by Horace Fawley at 6:51 AM