Well, here I am again on this merry-go-round. Do any of you remember the song "Horace, the Horse (On the Merry-Go-Round)"? We had it on 45 and I used to listen to it a lot when I was very young. I guess it might have been one of the (many) influences that led me to realize that situations have more than one interpretation, and perhaps also to realize that my reaction to a situation could be altered by changing the way I look at it and understanding it in a different way. Frannie often says that I can rationalize away any problem. I'm not sure that's entirely true, but it's certainly not false. :) 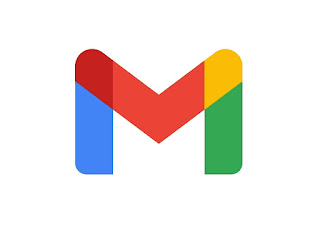 Anyway, yes, here I am following (or am I leading?) two clever and intelligent bloggers. And since 'tis the season, I will say aloud that I am thankful to have them both as friends, and also thankful that they have helped out with this blogging effort for the past many (going on 8!?) years.

Today I start my week with a clever mash-up puzzle, wherein six letters from two consecutive words are packed together. "Very short-lived gemstones" are EPHEMERALDS. It's even funnier because (from Wikipedia) "Most emeralds are highly included, so their toughness (resistance to breakage) is classified as generally poor." Well, ok, maybe that only makes it funnier to a geologist's son...

Let's try another gem - "TV quiz program about an epic poem" GILGAMESHSOW ("It's the Gilgamesh Game Show! Test your skill as you rid Inanna's huluppu tree of creatures, and try to hang on to the mikku and the pikku, but watch out for the Bull of Heaven!")

"Boy, it's going to be a loong week," I hear you groaning.

But seriously, these are quite good. First-rate strategy compressed to FIRSTRATEGY almost sounds like a real word, and the very silly HAMMERINGUE (Pounding on a pie topping), SUPERMANENT (Salon job named after a comic book hero), and OBAMACARENA (Dance celebrating 2010 legislation) are all excellent. And one more thing, I learned that there is a breed of terrier called Airedale. Who knew?

An excellent start to the week. I could go on and on about non-theme material (Dozens of them are sold (EGGS), for example), but it's already getting long, and I've got Sunday chores to attend to. I'll leave the additional praise for you to add in the comments. :)

This review is ATANEND. See you tomorrow!