Two constructors whose work I have enjoyed in the past team up today, and although it did have some nice moments, certain little things served to ALIENATE me a bit. And it's probably just me being too fussy, but "Assembly line feature" just seemed a little off for (ROBOTARM). "Robotic arm" would have suited me better. I think of "High dudgeon" more as a state of being "put out," and WRATH as a more serious anger. And "Fresh bread?" for NEWMONEY? It's cute, ish, but it doesn't really work. Similarly, "See for a bit" can be forced to be similar to PEEKAT if you work at it, but it's not a natural parallel. "Historian's specialty, perhaps" is ERA? Ok. Maybe. 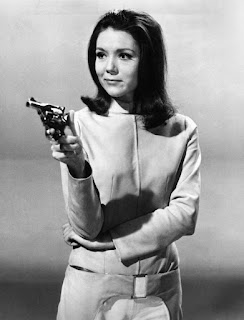 On the other hand, I very much enjoyed the quote "All WARS are civil WARS, because all men are brothers," and I did not know that ODIN had two ravens working for him, so that was interesting. Learning that GEISHA means "art-doer" was also good, and who doesn't like the word UMPTEEN?

So I'm a little torn. There were some clues that were quite good, like "Something to sneeze at?" for DANDER, and "Bath water?" for AVON (the river), but ONGOD is not used to mean "I swear!" very frequently in my experience. Of course, my experience is not your experience, but then again, I'm the one blogging, not you.

I'm going to come down on the negative side today. It wasn't terrible, by any stretch, but I wanted more from these two constructors. Perhaps that was the problem all along - I expected something.

But the good thing about the NYTX is that even if one puzzle isn't your favorite, there'll be another one tomorrow. See you then!

Posted by Horace Fawley at 8:18 AM