I'm not sure I've ever seen today's particular twist before, but I knew something was up when I hit 17-Across "Shelley ode that begins "Hail to thee, blithe spirit!" (AASKYLARK). Even though I already had LIAM (Youngest of the Hemsworth brothers), I took out the last two letters and left them blank, thinking maybe there was a brother named LIto-something, because I wanted a little "to" rebus there. 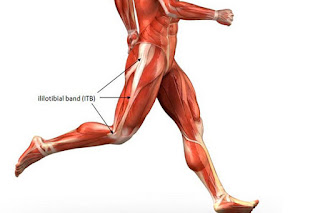 But my confusion was soon cleared up by 28-Across, "Bye for now" (TALKUULATER). I had LUTIST (Many a troubador), and had wanted INUIT (Native of the Land of the Midnight Sun), but had resisted the "two U" situation. Then it hit me.

FLOATSOUTCC (Gently leaves shore) came a little more quickly, and I should have known to expect the last one to have a little something more - as the best themes seem to kick it up a notch for the final entry - but BBORNOTBB (Famous question first asked around 1600) still took a little more time, and got a little more of a chuckle when it did finally come clear.

The toughest cross, I'm guessing (except for all those in the North Star state), will be 6-D "Minnesota congresswoman Ilhan" (OMAR) and 15-A "Parts of some circles, in France" (AMIS) (circles of "friends"). And I didn't know "Peace Nobelist Yousafzai" (MALALA) either, but the A might be easier to guess there than the M, I don't know.

I'd never thought of a CLOVE as a dried flower bud, but now that I've read it, I will never be able to see it any differently. Makes sense, I guess. And another surprise was thinking of Jessica TANDY as Blanche, as I know her chiefly through "Driving Miss Daisy." There were quite a few names today, many of them either older or a tad on the RANDOS side - KAROL, LYNDON, LIAM, MALALA, OMAR, ABEL, EDDIE, EYDIE, TASHA, DEBS. Perhaps it was clued a little on the easier side because of all that.

Overall, I like a Thursday with a trick, and this is no exception.

Posted by Horace Fawley at 8:13 AM